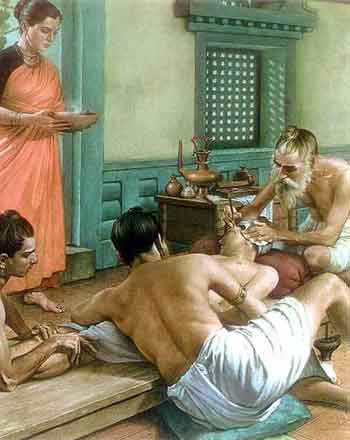 Among the eight branches of Ayurveda, the science of shalyatantra or surgery is placed in a position of great respect as it ensures early and complete relief from diseases, encompasses not only surgical procedures but also various other minimally invasive surgical methods like Kshara karma (chemical cautery), Agni karma(thermal cautery), Raktamokshana(blood letting) and is equally adoptable in all the other branches of Ayurveda. 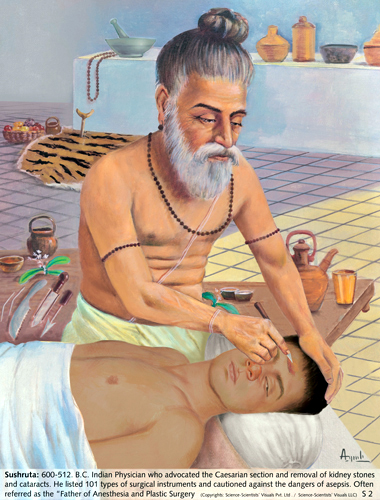 Since surgery aims at complete eradication of the disease obliterating any chances for recuurence, it has a role where medicines seldom work or have limited therapeutic efficacy. Dhanwantari taught the skills of surgery to various disciples at Kashi. Among them Sushruta was the only one who mastered the surgical skills and compiled his experiences and thoughts in the form of a text which was called Sushrutasamhita. It not only provides a huge scientific and rational information on the branch of shalyatantra but also provides ample information regarding all other branches of Ayurveda.

It was only because of the sense of admiration created by the practice of Indian surgeons of those times, that the world has come accept Sushrutaas the father of surgery.